KCU-Joplin Student Doctors Test Their Skills in the Wilderness 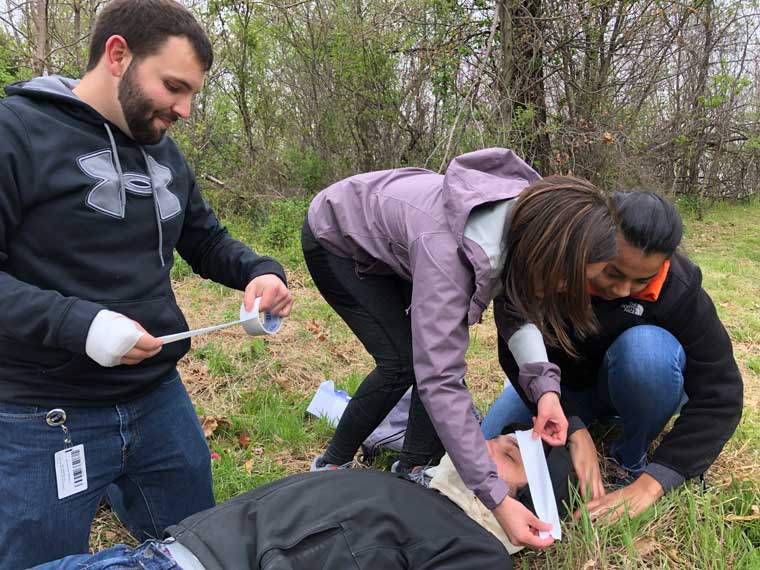 In March and April, the KCU-Joplin MedCorps and Emergency Medicine Club hosted a series of events about practicing medicine in the wilderness. The series began with an introduction to wilderness medicine from Dr. 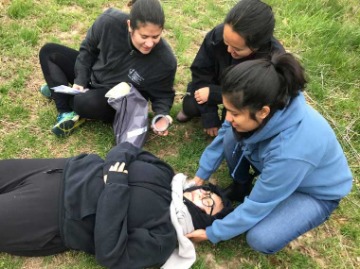 Robert Tyler, KCU-Joplin Assistant Professor of Internal Medicine. During the lecture, Dr. Tyler shared information about common injuries that the medical students might encounter in remote locations. He also discussed how to perform an initial assessment of a patient utilizing the ABCDE approach (airway, breathing, circulation, disability, and exposure).

During the second event, students worked in groups to learn how to address injuries utilizing the supplies that were available to them. KCU-Joplin faculty members placed a variety of supplies, such as cervical collars, splints, gauze, and duct tape on a table in the middle of the Learning Studio. After a countdown, student doctors raced to the center of the room to select supplies that could be used to care for an injured patient. Then, the groups rotated through several stations, each with a different injury scenario to address. Injuries were depicted by makeup and moulage equipment.

The students put their skills to the test during the final event, held in the woods near the Joplin campus. Each person had a camping backpack filled with common items a person might have on a short hike, such as a t-shirt, gauze, and duct tape. The students used the items in their backpacks—as well as resources they found in the woods, such as sticks—to address the injuries. The scenario stations included a burn wound, head and neck injury, open wound, fracture, and an unconscious individual. 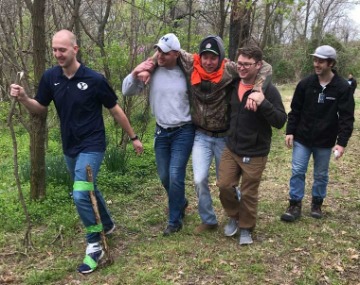 “At each station, one person in the group had to act like they had a certain injury, such as an ankle sprain. The person had to maintain the injury throughout the event, so that the students not only learned how to treat the injury, but how to care for them after, such as figuring out how you get a person with a sprained ankle to the car,” said Callie Torres, OMSII, who planned the event along with Thomas Seward, OMSII.

“This was an opportunity for students to work in a team environment. They were challenged to figure out, ‘What is going on with the person with the injury?’ and ‘How can I fix it, given the resources I have?’” said Dr. Tyler. “It was great to see how they processed the unfamiliar. It pushes them into a different level of learning. They gained experience while having fun working with their peers.” 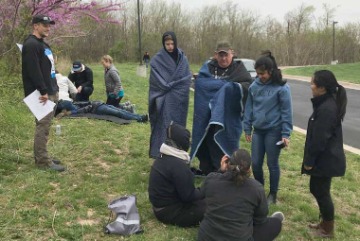 It is hoped that these events helped introduce the students to practicing medicine outside of clinical settings. “I hope that the students learned that you can still be a doctor even when you’re not in a hospital or a practice. If you’re out hiking, you don’t have to have expensive supplies and equipment to take care of a patient,” said Torres. “I hope that they learned how to improvise. If you don’t have the materials, you have to think outside the box.”

May is recognized as Mental Health Awareness Month across the U.S. To shine light on the importance...