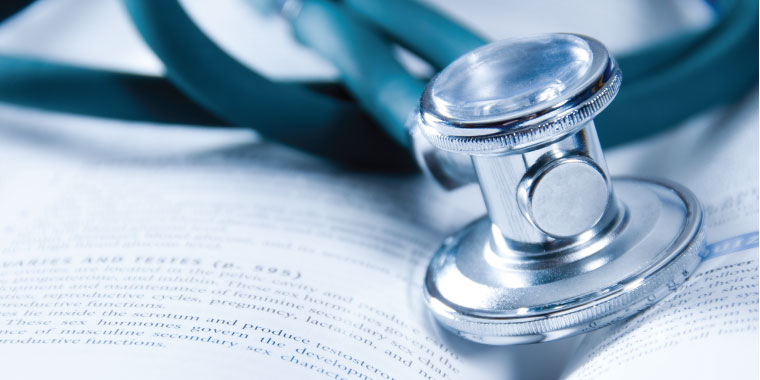 There are many roads to medical school. There’s the direct route, straight from undergraduate education, but that’s not ideal for everyone. Some students benefit from life experiences or additional education first to solidify their dream and make them more competitive for medical school. A Masters of Biomedical Sciences from KCU may be the right path for those students. Here are two College of Biosciences graduates turned medical students’ stories. 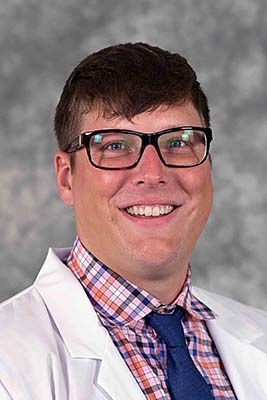 Robert Steele is a non-traditional first-year osteopathic medical student at age 30. Unlike many medical students who start planning for medical school in undergraduate education, if not before, Steele didn’t realize his true passion until serving overseas in Afghanistan.

A member of the national guard, Steele had just graduated from the University of Minnesota, Twin Cities with a degree in biochemistry before being deployed in 2010.

Upon his return, he immediately started studying for the MCAT. But between taking the exam and applying to medical schools, Steele landed a consulting job in the pharmacy trade.

“It was a good gig and in my industry, but it was the pure business side of it.” Steele said. “I quit chasing my medical school dream. I wasn’t happy.”

While his experiences overseas inspired him to pursue medicine, his undergraduate work wasn’t tailored to medical school.

“I didn’t have a lot of things pre-med students get in their undergraduate work, like professor recommendation letters and I had been out for a while,” Steele said.

So when his father, a physician, suggested a biomedical sciences program as a way to get up to speed, Steele knew it was the right decision.

Steele graduated first in his class from the biomedical sciences program in 2017 and is now a first-year osteopathic medical student at the KCU Joplin campus.

Steele credits his Masters of Biomedical Sciences as the foundation to entering medical school and says those who work hard in the program will be successful and that will reflect positively come medical school applications.

Steel plans to pursue surgery going forward and to rejoin the military. 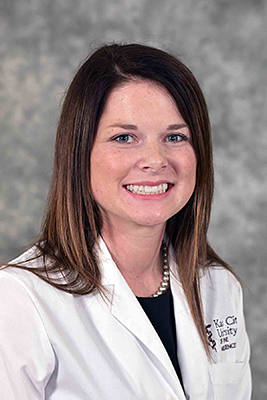 Megan Wheeler went back and forth between medicine and pharmacy while in undergraduate at the University of Kansas. “I was pre-med my freshman year and then freaked out – eight years of school is so much!” Wheeler said.

But along the way she landed an internship at a transplant hospital in San Antonio where she shadowed physicians from organ procurement to obstetric procedures and pediatric intensive care. By the time she graduated in 2015 with a degree in human biology, Wheeler knew she wanted to pursue medicine, but she wasn’t certain she was ready for medical school.

“In undergrad, I don’t think I knew how to truly study, especially at a medical school level.” Wheeler said. “There were some classes I didn’t do as well as I would have liked.”

Wheeler spent the semester following graduation as a pharmacy technician and conducting research on bladder cancer at the University of Kansas Medical Center, before entering KCU’s Masters of Biomedical Sciences program.

“Through KCU’s professional development series I learned how to interview and what to put on interview statements.” She adds.

Wheeler credits the biosciences program for preparing her to succeed in medical school.

“Some of the people coming in struggled with the material and getting into the swing of medical school. Having had classes like biochemistry and immunology in COB helped me with the content and I knew how to keep up with the material.”

“I like the 100-year history of KCU and the networking opportunities it brings with a large pool of alumni.” Wheeler said. “I also like the clerkship opportunities in Joplin, such as Freeman and Mercy Hospitals where the work will be hands-on.”

Social Medicine: How to Help Without Harming

I spent a month this summer learning alongside 10 Haitian medical students and 10 international...